#1 - Signup to our list and get regular insights and advice on how to be cyber safe.

What is ATM Skimming and Ways to Protect Yourself

Automated teller machines have made our financial lives convenient 24 hours a day. Most ATM transactions are safe and secure, but ATM fraud can and does occur. Skimming devices are prevalent tools used by fraudsters to get your ATM card information and PIN at ATMs.

ATM skimming happens when fraudsters use hidden electronics on ATMs to steal card information. Scammers can drain hard earned savings from your checking or savings account with the information they steal from your card.

ATM and credit card skimmers may include a cloned card reader, keypad overlay, or camera. It may not be immediately apparent that a skimmer is present because skimmers can appear realistic.

When you insert your card into the fake card slot, your information can be stolen. A keypad overlay contains an electronic mechanism underneath it that captures your PIN. And a camera has the same function of stealing your PIN.

What is ATM Skimming?

ATM skimming is a type of payment card fraud. Skimming occurs when hackers rig automated teller machines with covert recording devices to capture PINs and other information from credit and debit cards. 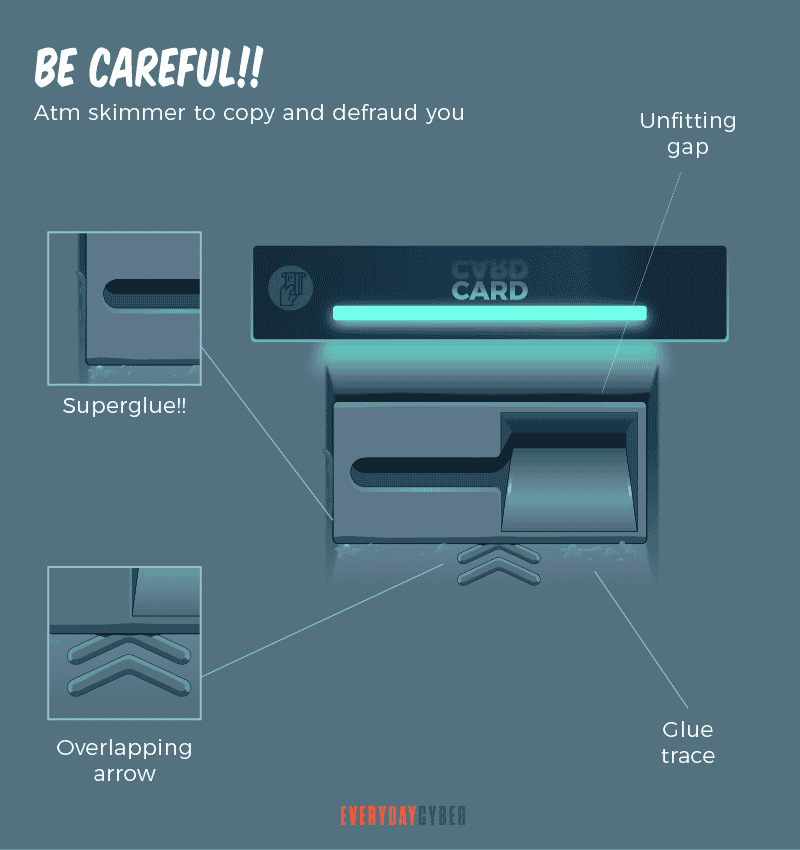 This scam targets bank ATMs as well as payment terminals at gas stations and points of sale at stores and other businesses .

The stolen information is then used to create fraudulent cards and withdraw cash directly from the victims’ bank accounts. It’s also common to sell the stolen card numbers in bulk to other criminal groups that might try to use them for fraudulent transactions on the dark web.

ATM Skimming is More Dangerous than You Think

ATMs are vulnerable by nature. They are often left alone, contain money, and criminals have found out how to gain access. It’s not just small groups of ATM users that are affected. The global economy is feeling the consequences as well.

According to ATM Marketplace, skimming occurrences result in $2 billion being stolen each year throughout the world. These skimming activities account for a third of all fraud incidents and 98% of global fraud losses. 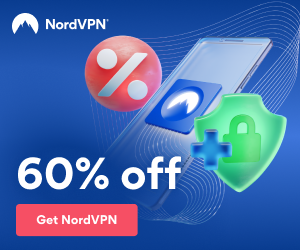 NordVPN now comes with the ultimate cybersecurity package | NordVPN Buy Now
We earn a commission if you make a purchase, at no additional cost to you.

Because international banking allows transactions from accounts that may be thousands of miles apart, skimming incidents do have an impact on the global economy. Criminals can easily skim information and flee to other nations as a result of this.

#2 So here we are at the middle of the post. We still think it's a good idea to signup.

ATM skimmers include various devices in and around ATMs to capture card information. These may be a false card reader, keyboard overlay, and/or camera.

ATM thieves can use card readers, which are small covering devices placed over the insert slots. They read the information from the magnetic stripes on the cards and store it. Fake card readers are loosely attached and easily removed. Vigilant ATM users can easily find them.

Skimming crooks also use keyloggers which can store your PINs. These are cloned keypads made to look like the original ATM keypads. A hacker places the fake keypad over the genuine keypad to capture your PIN. A false keypad may contain keys that are bigger or thicker than normal. It could also appear elevated above the rest of the ATM deck. 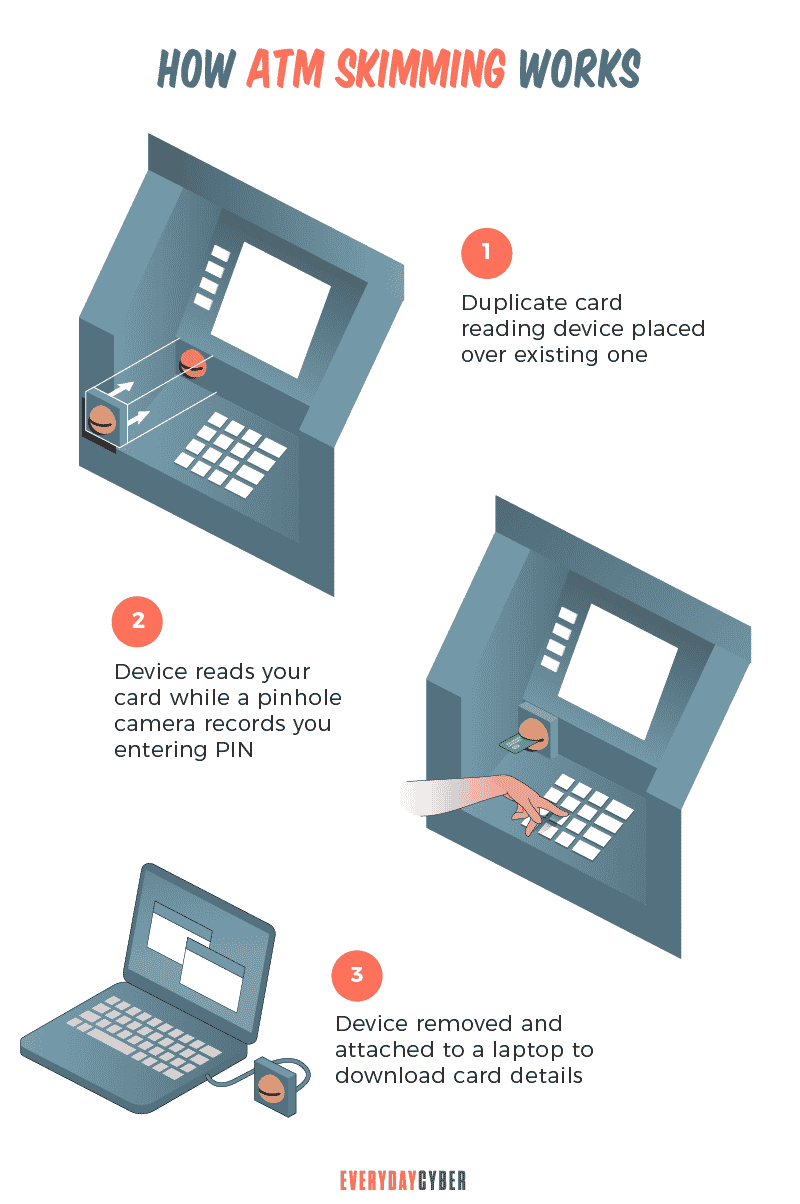 Scammers also install concealed cameras near keypads to capture people entering their PIN codes. Look for an odd plastic piece or pinhole on the ATM’s top. It’ll most likely be glued or taped to the ATM. These strange additions could include a camera that records your card information.

Criminals place a thin sleeve that will trap your cash when it is dispensed from the cash dispenser. The trapping device tucked in at the inside wall of the cash dispenser will prevent you from receiving your money.

The criminal will remove the device and steal your money once you walk away, either to inform the bank or out of frustration. Don’t leave the ATM. Instead, send a friend for help if you have one nearby.

Signs of ATM Skimming and How to Spot Them

The prevalence of automated teller machines comes with a rise in ATM-related crimes. Knowing how to spot the signs of skimming is key to safely using ATMs and protecting your money.

Before using an ATM, examine an ATM for tampering to protect your card information. Check the machine visually and physically for any loose or strange parts. There is no perfect method for detecting a skimmer. However, with careful diligence, you can lower your risk of ATM fraud if you follow these simple steps:

1. Watch out for signs of tampering on the card reader

The machine’s card readers should be securely fastened. Anything out of place could indicate that it has been tampered with. Be on the lookout for:

2. Look for unusually larger or thicker keys on the keypad

Thieves can have a counterfeit keypad installed over the actual one to steal your PIN number. A false keypad may contain keys that are bigger or thicker than normal. It could also be elevated above the rest of the ATM.

Look to see if any lines, arrows, or other visuals have been obscured. It’s possible that a fake casing has been placed over a graphic, causing it to be partially obscured or misaligned. Normal ATM graphics and shapes should not be distorted, covered, or cut-off. 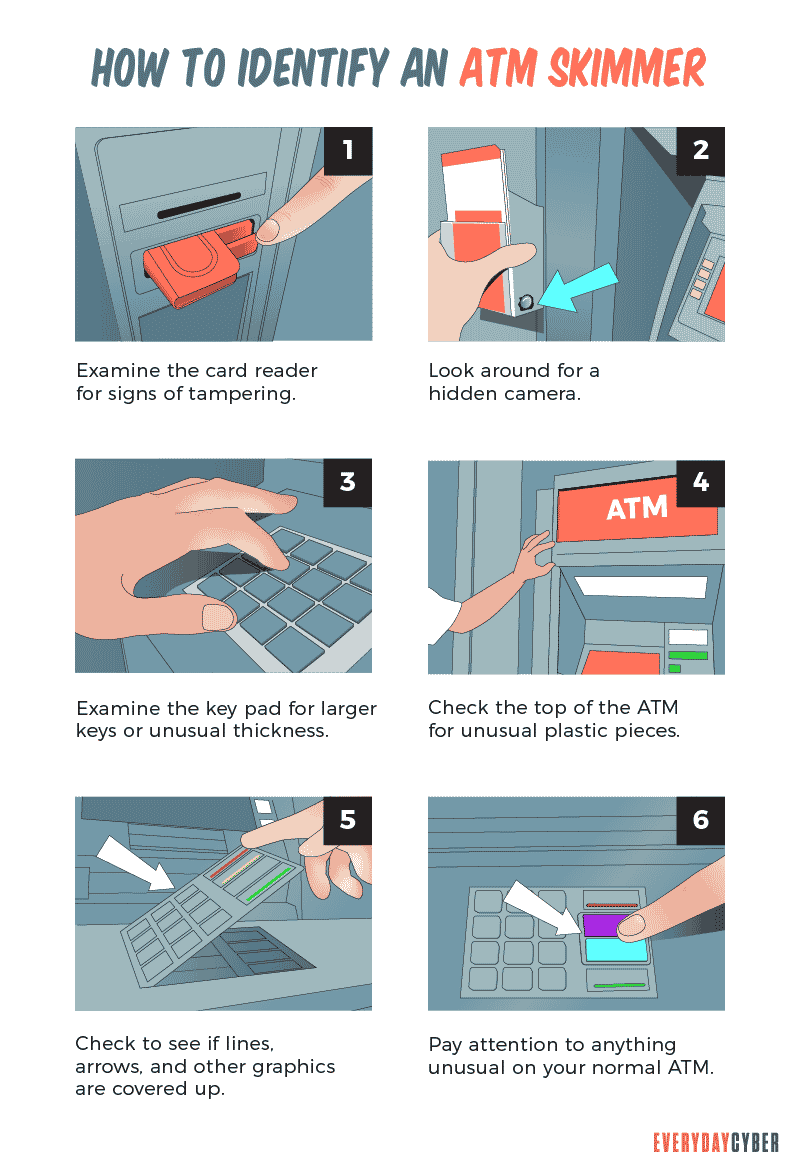 3. Search for a hidden camera

Skimmer cameras are often small and concealed. They are used to obtain your PIN after you enter your card. Hidden cameras can be found above the number pad or display screen, or in a nearby rack, shelf, mug, or deck of cards.

Check if a small rectangular bar is glued or taped to the top of the ATM. If there’s a pinhole on the bar, this most probably is a camera.

4. Be wary of anything unusual on an otherwise normal ATM, such as:

7 Ways to Protect Yourself from ATM skimming

It’s critical that you proceed with prudence at all times and not rush your judgments. Never let your guard down. To avoid being a victim of an ATM skimmer, follow these steps:

1. Use ATMs in populated, high-traffic, and well-lit areas

Skimmers are more likely to be installed on ATMs in remote areas where they won’t be easily detected. While no ATM is totally safe, using ATMs inside buildings or in densely frequented places is preferable.

Choose an indoor ATM where an employee can immediately see it. It is safer than an ATM concealed in a rear corner or hidden by furniture. If you use an outside ATM, make sure it’s near a building’s entrance or faces a major street.

Onsite ATMs are those that are located within the bank premises. Offsite ATMs are set up in places where there are no bank branches to reach out to more geographical areas. Banks can attend to their onsite ATMs more frequently than their offsite ATMs. As such, offsite ATMs tend to be more vulnerable to card skimming and other frauds.

Related to this are non-bank ATMs that are often found in grocery stores or convenience stores. They are privately owned ATMs, usually of check cashing establishments functioning mainly as cash dispensing machines.

3. Use the ATM preferably on weekdays

On weekdays, your chances of locating a skimmer are slimmer. Skimmers are often installed on weekends when banks are closed. ATM crooks time their skimming exploits during weekdays to delay reporting of their fraudulent activities so they are able to steal more money.

4. Pay attention to your surroundings

Before you use your ATM card, keep an eye out for anyone who might arouse your suspicions. If you have any concerns, avoid using that particular ATM and look for a safer alternative.

Before heading to the ATM, be sure you have everything you need so you don’t have to stay there longer than necessary. Don’t leave anything behind, such as your card, cash, and receipt before you go.

Look for indicators that the ATM has been tampered with. Are there any pieces of the ATM that appear to be crooked, misaligned, or damaged? Does the card reader come loose if you pull on it? Do the keypad buttons feel loose or squishy when you press them? These are all indicators of possible tampering.

6. Cover the keypad with one hand when you enter your PIN

It’s possible that some crooks could still be watching you enter your PIN with binoculars or by looking over your shoulder, so don’t let your guard down. Even if you aren’t aware of it, a covert camera may also be watching the keyboard. You can lay your fingers on the keypad without fear of any lurking eyes. This will also make your PIN invisible to thermal cameras.

Because both technology and skimming devices are improving, the best thing you can do is keep an eye on your account. Check your account periodically using online and mobile banking rather than waiting for your monthly statement. If something goes wrong, you’ll be able to catch it right away and report it to your bank and other appropriate authorities.

ATM skimming is a real problem. However, ATM technology is being improved and advanced every year. EMV (Europay, Mastercard, and Visa) technology is  slowly being adopted for safer credit/debit card data storage. Hopefully, it will make skimming incidents much fewer in comparison to those involving magnetic stripes.

#3 You really should sign up. "Scouts Promise" ... it really will help you stay cyber safe.